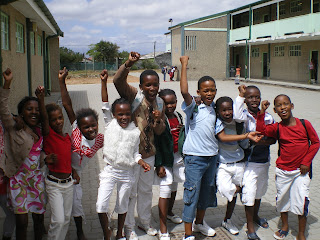 I have only felt really hungry over an extended period of time once in my life.

At College, near the end of term and determined not to ask my parents for any more support, I spent three weeks surviving. My diet consisted of “bread and spread” and little else. I didn’t feel healthy, I didn’t feel able to participate in College life and I felt continually depressed. But it wasn’t cold outside, I had no dependents and I had mates who occasionally bought me a beer. I also had a point to make.

When I was teaching in an inner city school in the seventies, I often came across kids who came to school starving. Many bought a bag of crisps on the way in or came with nothing in their stomachs and waited for free lunch for their first meal of the day. Many of us had a packet of biscuit bars that we used to give these kids so they had something to eat at morning break. Not a large group of students but too big to institute a feeding programme of "bread and spread" but enough to worry about especially during the Winter months. This "teacher charity" is on the rise again.

The next time I encountered real and long term hunger was while I worked for a charity in South Africa. The country is a real land of contrasts. I worked with schools seeking to develop the use of technology in the 21st century. Some of the schools in our network were seemingly modelled on Eton with playing fields, bell towers and refectories. The majority I went into were hacked out of township wastelands.

One I had much to do with was a school where both educators and learners generally spoke isiXhosa at home, but had to teach for the most part, in English. Most of the staff could converse in Afrikaans too. Yet the majority of the kids were on province sponsored feeding programmes. “Bread and spread” (generally jam) was handed out at the end of the day and that was the meal they looked forward to. Kids who came well dressed in their school uniforms, you could see were hungry before they went back to their “shacks”.

This situation was hammered home to me many times. I took the school’s drum and dance group to the Commonwealth Education Ministers Conference where they performed for the well fed and self satisfied representatives. Afterwards the Venue provided each of the 30 kids with a packed lunch. To a UK kid nothing special but the individually wrapped sandwiches, chocolate biscuits etc etc was heaven for this group.

On another occasion (see earlier blog) I spoke at an Indaba at the school celebrating their new IT Lab. We cooked a meal for all the participants and the local community and school. This meal of chicken, pap and steamed bread was more than just an event for the kids it was vital sustenance. It took me a long time to realise that the staff too were often short of decent food.

You sometimes see in UK restaurants the option to take home a “doggie bag” of leftover food. Eat in SA and leftover food is often handed out to the street kids or parking watchmen.

So when the Tories sneer at the poor in the UK and say nobody is starving, I am simply horrified that we can actually see foodbanks in our cities and the hungry children back in our schools.

They have already downgraded the Labour government's commitment to eradicate child poverty in 2020 by announcing new non-income indicators of poverty. They are planning to stop monitoring child poverty.