A flower in time: a fairy story for Africa 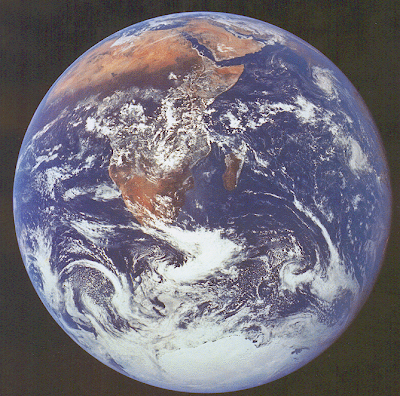 A flower in time: a fairy story

He had never travelled so far. One night’s journey took him further than his imagination ever stretched. Took him beyond the familiar into the unknown. Even the stars were different, even the sky seemed a different colour. Blue and black and white, filtered through an atmosphere of such immense dense feeling that he felt able to take it piece by piece and leave it shaking at his feet. He needed a guide to how this new world worked, what it meant, what it could be. He found one.

Africa saw him as different but taught him what he needed to know to survive in a world stripped of personal experience. She showed him ways to be and ways to do. She guided him through labyrinths of misconception and histories of misunderstandings. He helped her see that not all men were quite the same. Not all wanted to take. He showed her how by giving he fulfilled both their destinies. Sharing problems brought them closer and brought them joy.

Africa was not just the story of the township children or the poolside gins and braais. It was the smiles of the educator with the laptop for the first time, the cocktail party where the white principal met his black counterpart from across the fence. He learnt to love the people and the peoples, the land; the landed and the landless.

Yet she could never quite believe that he would stay to see the whole world. She saw him learn to love the country he found himself in. She knew he loved being there and learning all about the place she called a home. But she was frightened that he would not follow all the careful routes she laid out cautiously for him. He wanted to take the road she indicated but could not burn the bridges behind while she put a shocking match to the ones ahead.

She set him a task that he needed to fulfil to convince her that this land she loved he would truly, actually and sincerely call his own. Before she would commit herself to him and always be his guide he must learn and love and lose himself in the world that surrounded him. He must bring her a gift. Not his love, not his care, not his attention, not his faithfulness, not his passion, not his time. All of these he had brought, had shown and laid on the altar he had made at her feet.

She asked him to bring the country’s fabled flower to her. This would be the gift that proved it all. His faith in her and her spirit. It bloomed just once a year and showed all the blacks and blues of the wide-open skies that crowned the spaces of this world. No spirit had seen this flower for centuries but it figured in the fevered imagination of all that world’s delirious souls. At first he argued and protested. He did not want to leave, he did not want to run from where his heart felt safe to search for something he did not yet believe in. But he knew she needed him to prove he believed in everything she said and did. He would search for this as a proof of all he had come to believe.

He was gone for what seemed eternity and never said where he had been, where he had gone, what he had done. He allowed her only to know that he had gone further than he had ever travelled before in that country that he wanted to call his own. He had no history of time to set all this in. Or when he might return. He knew he had just one task. Time was irrelevant. He talked to the growers, the makers and the dreamers across the nation. Where would he find this flower? What should he look for? Which landscape would bring him closer to the gift he had to find? The last gardener he met was himself a legend. Known, respected and loved. He took him to a small garden, tended with love and protected only by the beauty of its plants. The last gardener told him that although he had never found the mythical flower this was where it would grow if it was intended to be found. The searcher wanted guarantees but knew they would never find them or him.

The gardener told him that often what you grew turned out to be what you had wanted all along. A being had to wait and see what simply appeared. The ancestors would bring the dream to him when the ancestors thought it was right.

He returned to the spirit of his dreams with the gift she wished him to bring. The plant had no flower, no colour, it was simply the seed. She could not see if it was blue or black or white. She could not see the flower it might become. She had to trust him. She had to believe that what he offered might blossom and grow into the fabled flower of love. The season now was wrong but time would see it flower.

It would take a year before they could see if the gift he brought was the gift that she had once demanded. But she was hopeful that by then she wouldn’t care.
Posted by alanmills405 at 05:53