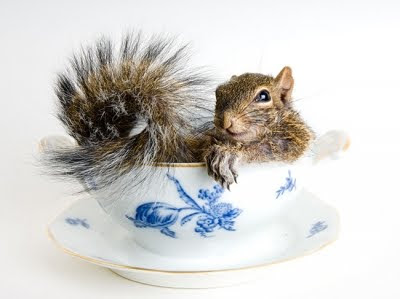 One of the things that I love about Twitter is the way we all get so excited about rumours and insults.

One of the things I hate about Twitter is the way we all get so excited about rumours and insults.


I sat and watched Danny Alexander, speaking on behalf of the coalition in the CSR debate, with my mouth wide open in amazement.

Is that a good definition of "gobsmacked" ?
He seemed unable to put forward an argument of his own, or respond to questions with any semblance of authority. In the background, Osborne sat and smirked. Alexander seemed to me like a very sad understudy in a pretty poor school production of Hamlet. He knows he is not the firat choice, he knows he is not really up to it and he knows everyone is looking at him. So he blusters.

I tweeted frantically during the debate and I was rude about poor little Danny. When he first came on the scene before the election, I compared him frequently to Harry Potter, without the magic. In fact I think the term "charisma bypass" could have been invented just for him. As a fellow Tweeter wrote. "he has been promoted far beyond his ability." And he clearly knows it. What makes it worse is that alongside Clegg he has sold out on any pretence of protecting his principles.

So there are plenty of opportunities for humour at his expense. Even his party leader joined in the fun, likening him to Beaker in the Muppets.

Then there is the Nadine Dorries story or stories. I have previously written about attending a Tweetminster event and being impressed by @Nadine_MP, @KerryMP and Jo as they explained their view of politics and social media. What didn't impress me was the pathetic comments by people tweeting at the same time. Some of these comments (which were displayed on screens in the same room) were both rude and childish. Views on what the speakers were wearing did nothing to raise the level of debate. I had the chance to speak to both Kerry and Nadine after the event and both showed a willingness to communicate in a friendly manner. I am a Labour Party member and made that clear, but Nadine argued without rancour unlike some of the Tory bloggers also in on the conversation who seemed obsessed with the silly.

So, I have followed Nadine's blog and her intermittent tweeting. Clearly she has some answers to give. The blog's inaccuracies can't simply put down to "protecting her brood". The references to stalkers and psycopathic bloggers are unacceptable without real evidence which doesn't seem to have been provided. So she has let herself down badly. There is much of Nadine's philosophy and politics which I totally disagree with. But occasionally she writes sense and when she does, it should be read and engaged with, not dismissed with the same old attacks. She recently tweeted about her improving opinion of the BBC, she tweeted a defence of Harriet Harman over the rodent comments and she wrote in the Daily Mail a reasoned case for the emergency contraceptive.

The problem with Twitter and blogs is that attack positions are assumed without reading the original stimulus info. I am sad that so much is vicious, so much is like like kids in the playground encircling two kids and shouting "Fight!". Harry Hill seemed to get that right.

So I admit to enjoying making rude remarks about the rodent and I enjoyed Harman's theatrical comments about the same. But I just wish we were able to concentrate more on the issues involved. Those of us with a point to make about the awful coalition, the LibDem turncoats, the devastation of the cuts, the hypocrisy of the cabinet millionaires and the way our society is being torn apart in a repeat of the Thatcher years, need to weigh our contributions carefully. If we alienate people through petty rudeness will the rotten rodent win?
Posted by alanmills405 at 02:39