Communicate with an even better "Talking Tutor" 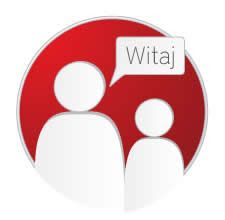 EMAS UK is a UK based company that wants to be able to support teachers to teach and children to learn, whatever their home language happens to be. It was created because teachers and local authority advisors asked them to help with resources for non English speaking children that were arriving in their schools. The approach needed to be simple and logical, have a large number of resources, be in as many languages as possible and be able to be accessed in seconds. They created the Digital Resource Library. The Digital resources base has around 200 languages of resources, some filled with more than others, a simple to use web site log in that downloads PDF resources in seconds and is constantly growing. This gives the school 12 months unlimited access for a whole primary school access and the cost is £195.

EMAS UK wanted to be able to support teachers and pupils even further and so they created Talking Tutor. Talking Tutor was developed because teachers asked if there was some tech solution to allow them to speak to the newly arrived non English speaking pupil in their own language. EMAS has created an educational tutor that speaks in 14 languages. This has proved successful for communication with both parents and pupils. It means that a new arrivals parents could be asked direct questions such as age, address etc. It also means that the teacher can talk directly to a new pupil in their home language. This could be a revolution in welcoming new children into the classroom. But the team at EMAS UK has done more. Teachers and school staff wanted more languages so more have been developed giving 24 languages in total.

Schools also wanted to be able to communicate properly with parents and pupils, holding two way conversations, and they wanted the ability for parents and pupils to be able to talk back. This was the start of Two Can Talk, a two way communication system that speaks in any of the two chosen languages, allowing communication to be developed into relationship building and being able to offer real help to some of the most vulnerable members of our society.

EMAS UK has launched the first talking communicator that works between languages. No software to load, no network issues, instant availability any time anywhere there is Internet connectivity, simply access the website and start using the communication tools. It is important that schools are aware it is not a translation tool but a communication aid, some words and sentences do not translate exactly, but it works at sentence level and contextual level to give the most appropriate sentence in the language of the user.

Talking Tutors’ Two Can Talk is as simple as typing, simply type in the text you want to say, choose a language to communicate in and press the say it button. The avatar then speaks the sentence in the chosen language, there’s also written text alongside. This supports learning by encouraging the link between written language and pronunciation. It is an ideal way to improve language skills by using the computer to model vocabulary by practising saying what is on screen. Two Can Talk can be used to speak between any of the 24 languages; the input language can be changed to allow language use between other language speakers. This helps develop the personalised learning agenda and helps the school to promote inclusive teaching regardless of language.

Using Two Can Talk is as simple as using Instant Messenger but with the confidence of having a language specialist at your side. Schools are reporting that they are using Talking Tutor to communicate with parents on the telephone, and by letter, as well as in person. One school in Wales recently reported that they had a pupil with health problems and they needed the parents to collect the child quickly. They typed the text into Talking Tutor, held the phone to the speaker and pressed the ‘Say It’ button. The result was that although they didn’t understand the parent’s response, they did arrive within minutes and took the child to hospital. Previously they would have had to find a person, usually a translator that could speak the language, wait for them to arrive and then start the process. Talking Tutor made communication simple, effective and instantly accessible whilst saving the school money.

Talking Tutor and Two Can Talk is currently being used by schools in Thailand and Sweden with other countries such as Norway and Poland negotiating to use the online tools in their schools. In Europe there is a global migrant population in excess of 41.9 million people, whilst the UK has an estimated 6 million limited English speakers with over 30 million foreign nationals visiting the UK on an annual basis.

EMAS UK has priced Talking Tutor and Two Can Talk to make it affordable to all schools, costing £395. When you think a translator may cost a minimum of £20 an hour, plus expenses and travel time, this once a year payment seems to be excellent value. Helping every child to communicate is important. Every child should have the opportunity to achieve their own personal potential. This impressive piece of online software certainly goes a long way in the right direction. And I have to say its potential is quite staggering.