AVATAR cliched spectacle that could have been so good! 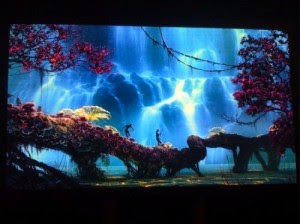 Almost three hours.... of fantastic spectacle with a good idea hidden behind the appalling dialogue and the terrible last hour.

This smoothie of every dragon/fantasy/space epic/ just missed the mark. Wanted to like it and for the middle hour I was entralled then we ended up with all the transformer style machinery and it fell from the heights.

The worst bit? Leona Lewis singing the most amazingly awful song over the credits. Why do film makers choose such awful rubbish when it so diametrically opposite to the tone of the film?

Contrast it with District 9 which stayed on track and had a script which worked.