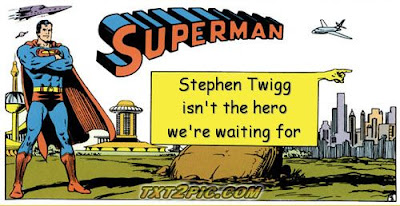 Those of us who believe that Michael Gove is effectively destroying the life chances of the majority of learners in this country, have a hard job ahead.

Most education professionals believe that almost all of his "reforms" on governance, on exams, on teaching, on the curriculum,  etc etc only serve to return state education to the inequities of the 50s and 60s.


Most of us believe that the underlying intention of them all is to privatise schooling and to remove any democratic and local involvement.

Yet, when the BBC's Daily Politics show did a "half term report" on the Government, the contributors gave Gove full marks, "an unqualified success." None of these people were educators, few had ever experienced state education. Like the majority of media presenters and commentators they are products of the private schools and send their children to these elite institutions too.

When I heard Stephen Twigg, the almost supine Shadow Education Secretary, speak at an event, I was amazed by his approach. He is a good speaker, showing all the hallmarks of a career politician. But what he actually said was nothing more than anodyne and apple pie. He used good trigger words, "fairness" "justice" and "transparency". But what he really had to say was that most of Gove's "reforms" would be left untouched.

We could do with a bit of help from the Labour spokesman. Anyone who follows him on Twitter, @StephenTwigg, will see that he seems to go to a lot of picnics but rarely tweets about education. In fact, unlike most politicians, he rarely replies to tweets addressed to him.

Has anyone actually told him he is the Shadow Secretary of State for Education?
Do a picture search for Stephen Twigg on Google and you get as many of Michael Portillo as Stephen himself. Was unseating Thatcherite Mick the last thing he did?

When the BBC thinks Toby Young is an expert on education, when discussion in the media is led by those with no experience of state education and when the Labour Party Education spokesman is really just Mr Govelite, those of us in education have a long and steep road to rescue education in 2015. 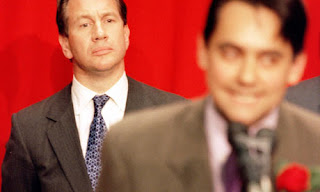