Coalition, Cockroaches and the Welfare State 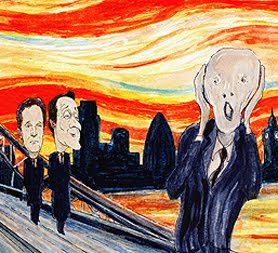 During my time working in Africa for schools, I spent a week in a village in Tanzania. Villagers had no electricity or running water in their homes but the school I stayed in did. However, the week I was there, the power went down and this stopped the water running too.

Night time was never fun. I had never used a mosquito net before so each bedtime was a complicated process with no light and cackhanded attempts to seal myself into my bed sanctuary. I have to be honest and tell you I am not brave about insects and the first night the bombardment of mosquitoes attacking my little sacred place terrified me. Only a few bites in the course of the week though and my privileged western access to anti-malaria tablets meant I would be safe.

What frightened me more each night was the floor full of cockroaches. Lights off and I could hear them, torch on and I could see them scurrying into the walls. Hated it, hated them. I would lie in bed and feel them creeping up on me while the mosquitoes buzzed around trying to break down my little place of safety.

But I knew I would be OK. I had the net to protect me, the bloody expensive tablets inside me and a torch to turn on whenever I felt I wanted the roaches to run away.

This is where my thoughts on the coalition come in. We used to hear about the wonderful theory of "trickle down", the idea both Thatcher and Blair seemed to espouse. As the rich got richer, the poor would also see the benefits. But we know now "trickle down" is just the rich pissing on the poor. And that's exactly what the coalition is doing.

They are taking away ordinary people's malaria tablets, mosquito nets and light as they destroy the NHS, housing benefits and education.

I really do feel the same about the coalition as I did those bloody cockroaches.
Posted by alanmills405 at 04:34